DAVID HAFFNER
(El Jefe at Friends of Sound Records, Austin, TX / www.friendsofsound.com)
Vicki Anderson - I Want To Be In The Land Of Milk And Honey
The year was 1997. A friend and I had been doing a radio show called "The Origins Of Hip Hop" on our college radio station for a year. In the process we had interviewed a number of James Brown related people on the phone, as well as Eddie Bo, Lalo Schifrin, and David Axelrod. In the process I got to know Vicki Anderson and Bobby Byrd personally. Turned out they lived not far from Nashville where I went to school. They invited my friend and I over to their house and I brought this record with me. After talking to them a few hours in their own home, looking at old photographs, and hearing old stories, I nervously took my record out and asked Vicki to sign it. 'Live At BBQ' was one of my favourites back then and this was one of the first samples I spotted in a record. She laughed and told me how James Brown had stolen her writing credits so she actually didn't think of the song fondly. She said she'd sign it, but only if she could correct the label. I smiled and said sure. That was the first artist's house I went to. It made a lasting impression in my mind about the context that the music I loved was created in. It, ultimately, led me to do the licensing and reissue work I do today.

NICK RECORDKICKS
(When your label name is your last name, you know it's good / www.recordkicks.com)
Betty Harris - Mean Man
When I was a teenager I bought by chance a compilation of Betty Harris on a second hand CD. At the time I was into Clash, Ramones, Two Tone Ska - but this CD opened a brand new world for me. Few years after when I started DJing around I bought it on 45 and played it a lot at the Boogaloo Club in the early days. I should look for it and play it again - such a great track!

STEVE HOFFMAN
(Otis Funkmeyer, NYC / www.facebook.com/otisfunkmeyerband)
Pamoja - Ooh Baby
Devastatingly sweet and funky. I sang this song to my wife the first time we ever spoke on the phone (we met online). She asked if I could song for her and this was the song in my head. Three years later, I had the lyrics "shake and shimmy" engraved on the inside of my wedding ring.
Ultrafunk - Funky Al
I was heading back to Penn State after attending a house party in my hometown, already feeling good, when I first heard this song. The heavy clavinet line grabbed my attention first but the wah guitar slapped me in the face so hard I had a visceral reaction in my body like an intense chill in my spine or like the effect of inhaling whip-its. I made a decision right then that "I will find this record" and that is the moment I became a collector and addict.


All taken from issue #3 of the Soultearoa Shakedown fanzine. 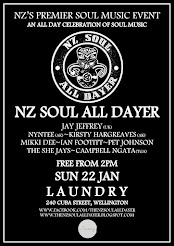 If you would like to represent NZ's premier soul music event on your chest and on your turntables, please contact us: 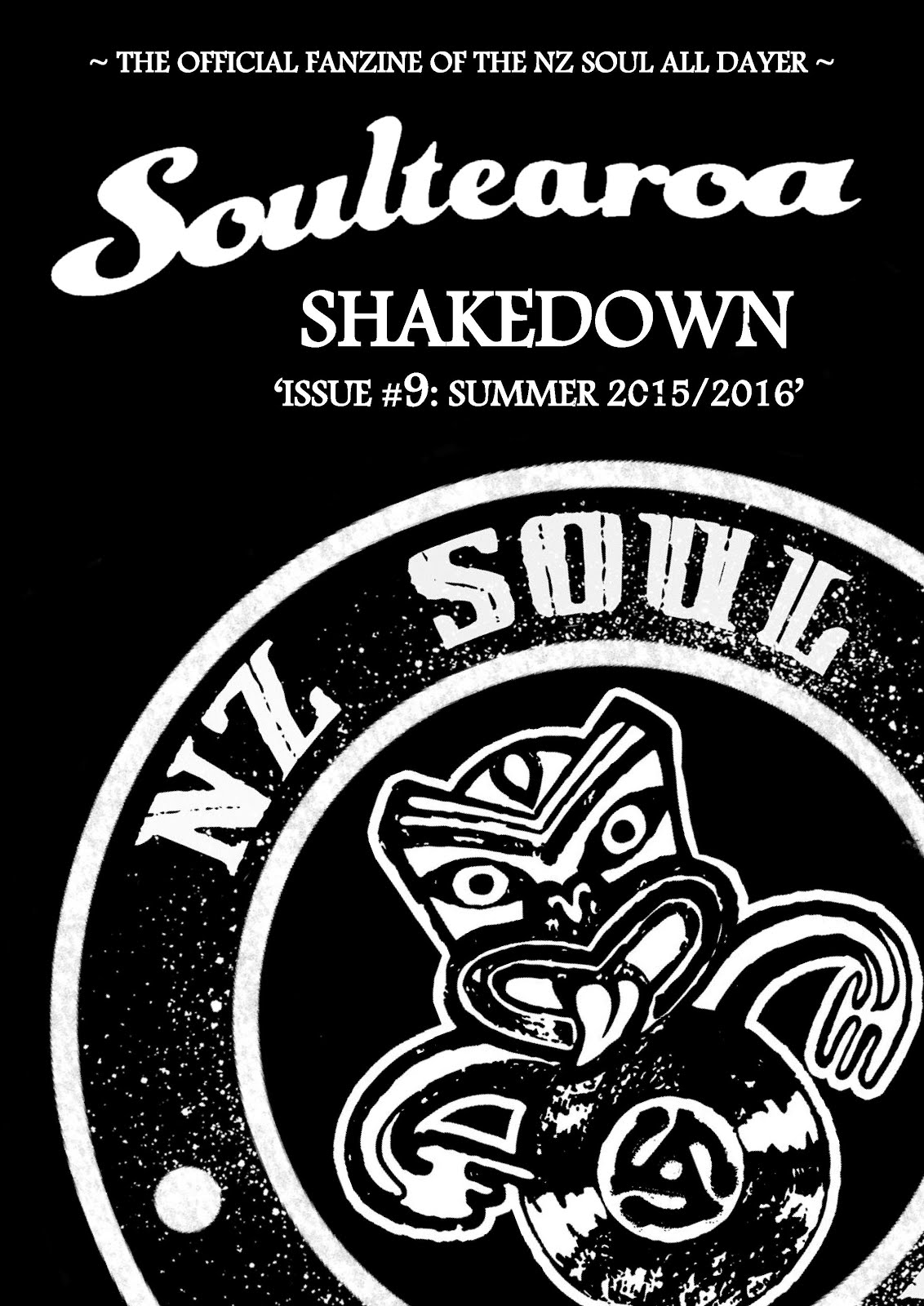 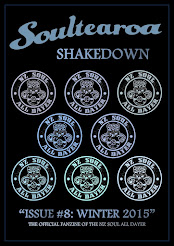 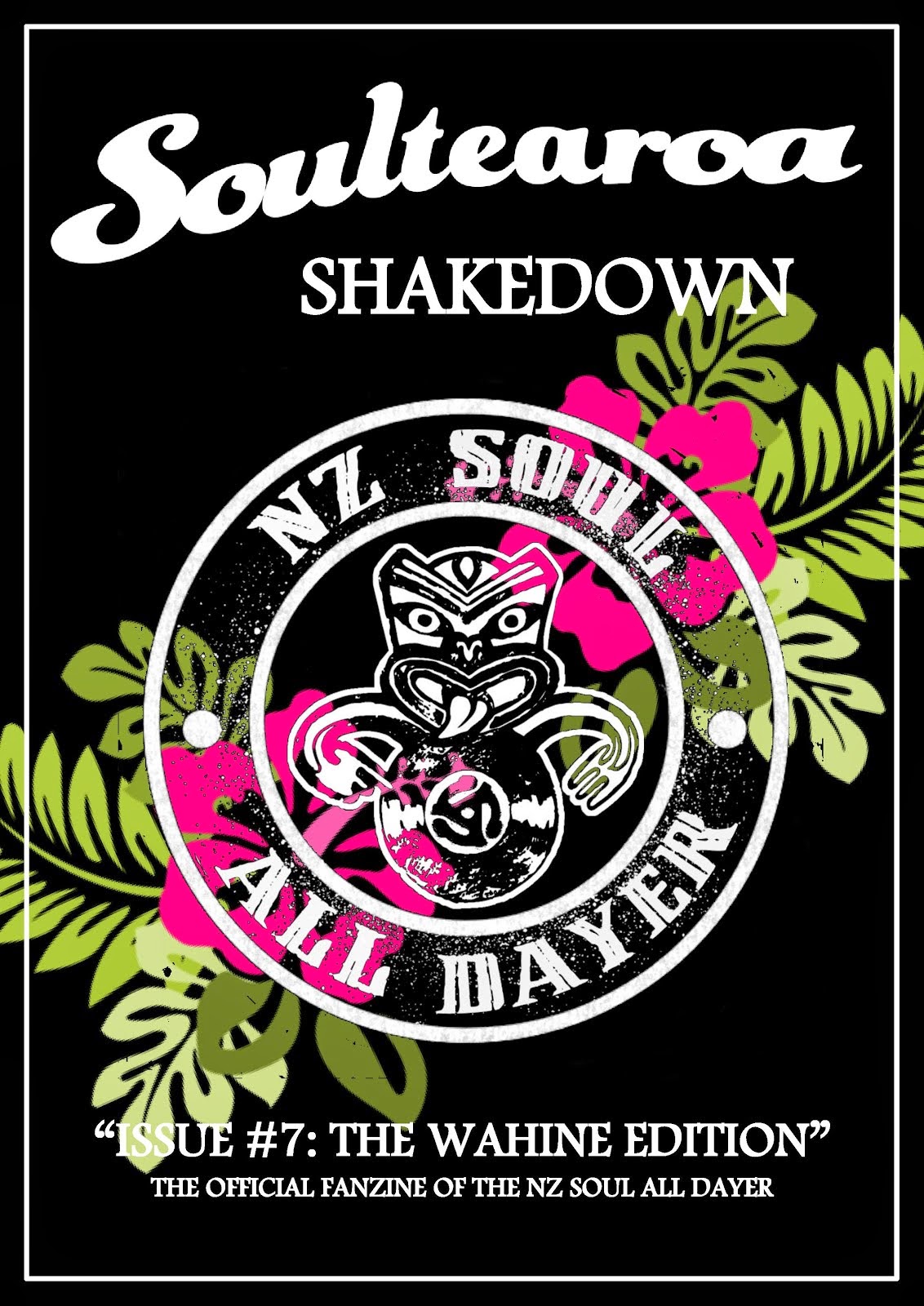 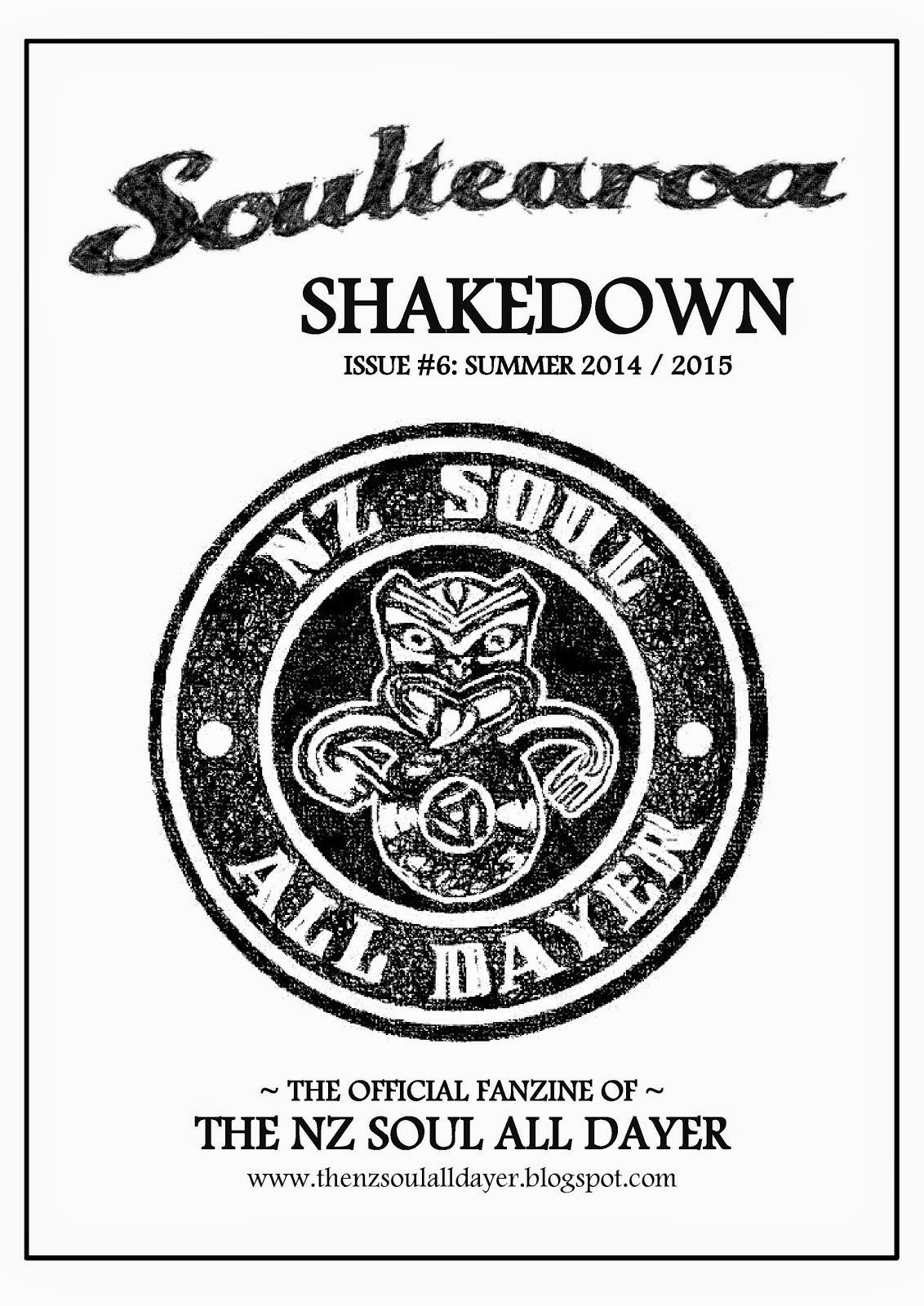 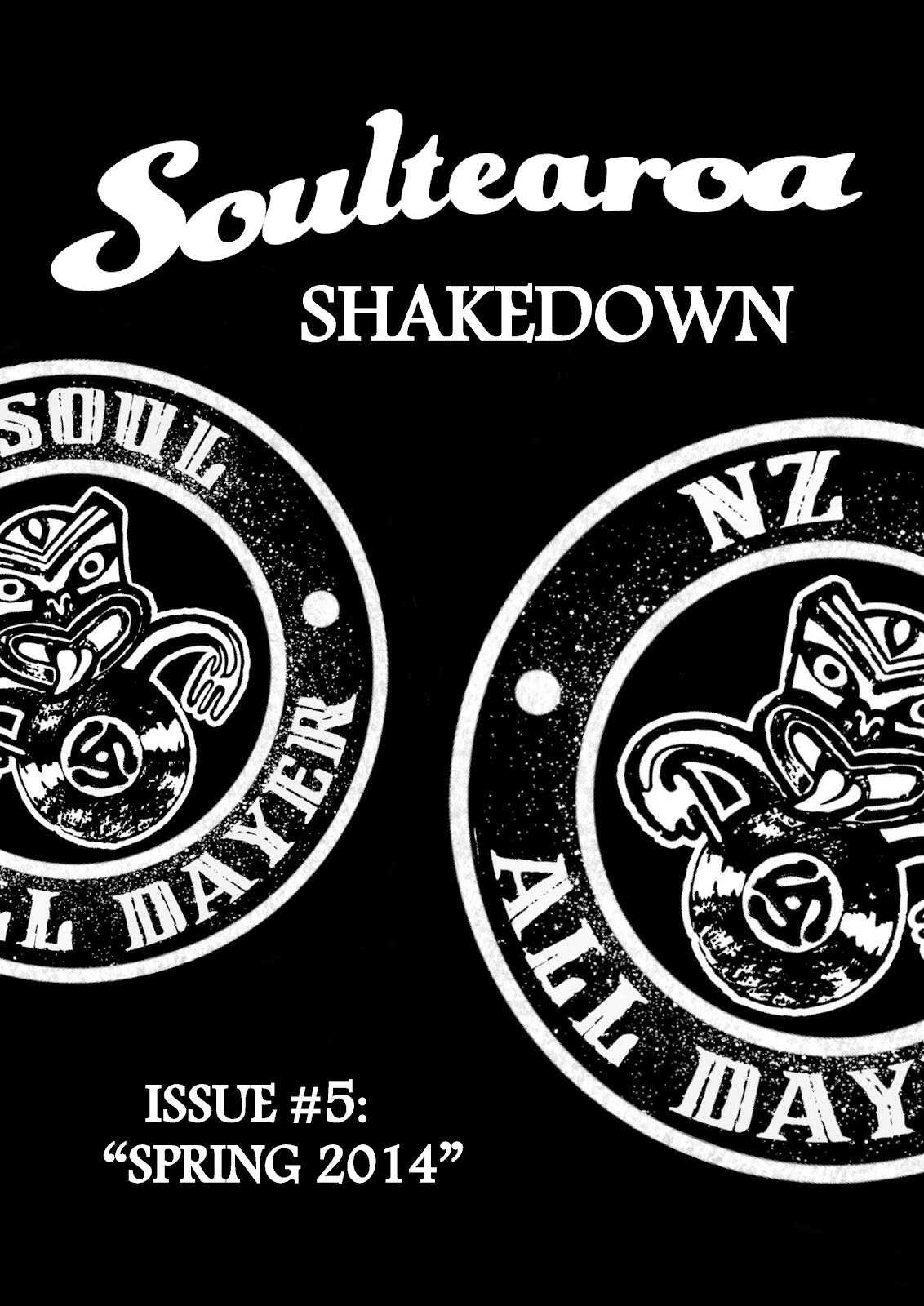 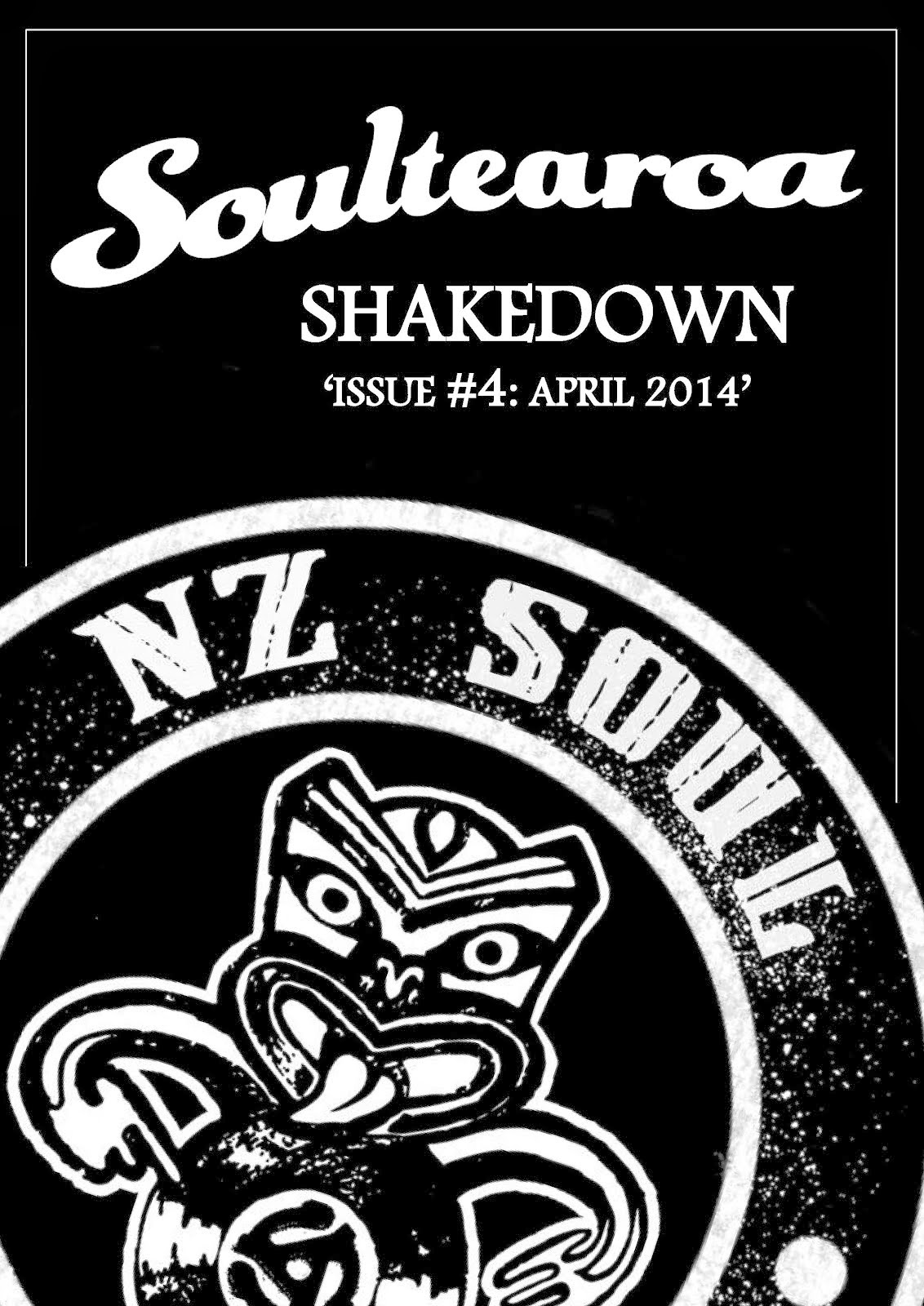 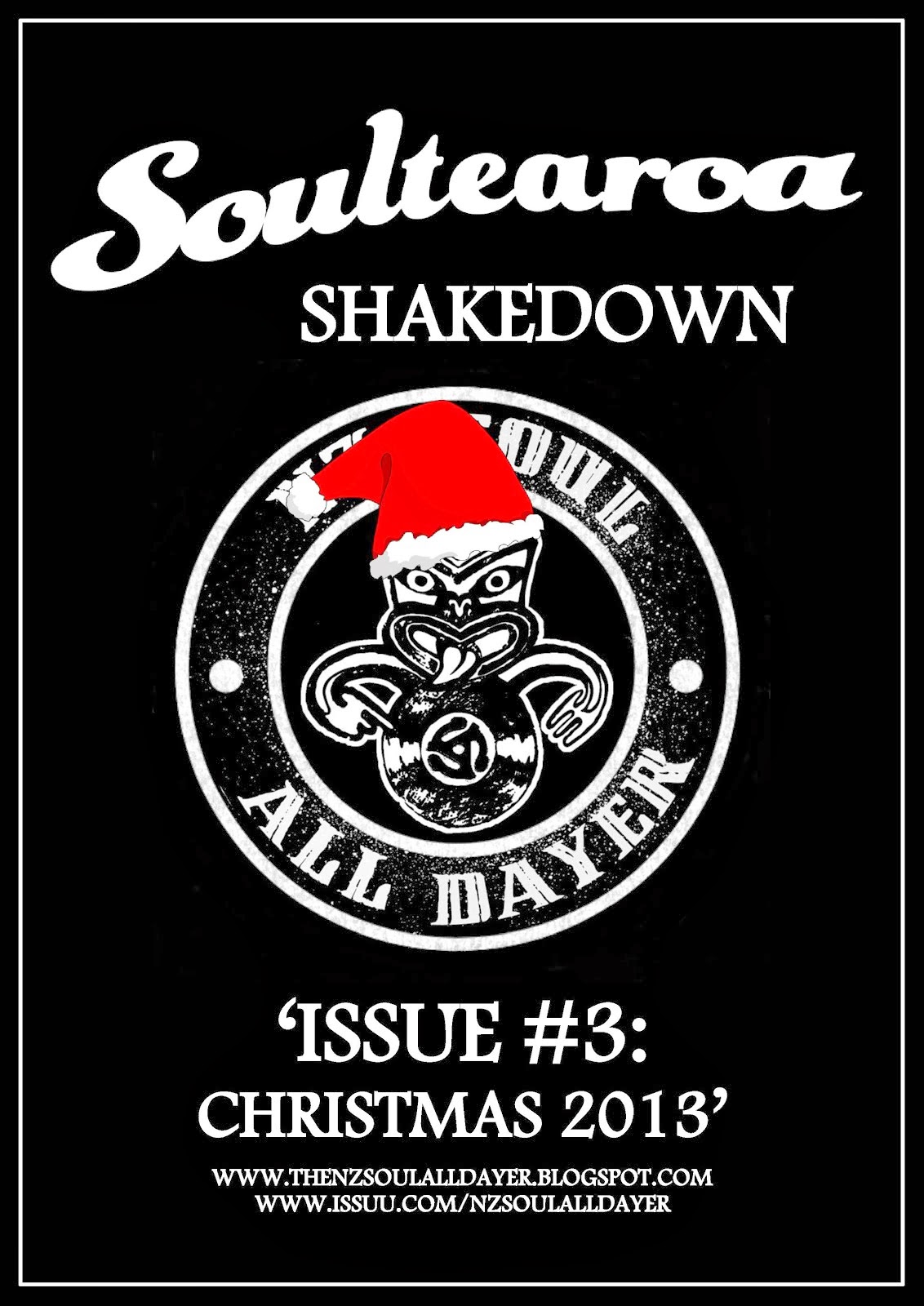 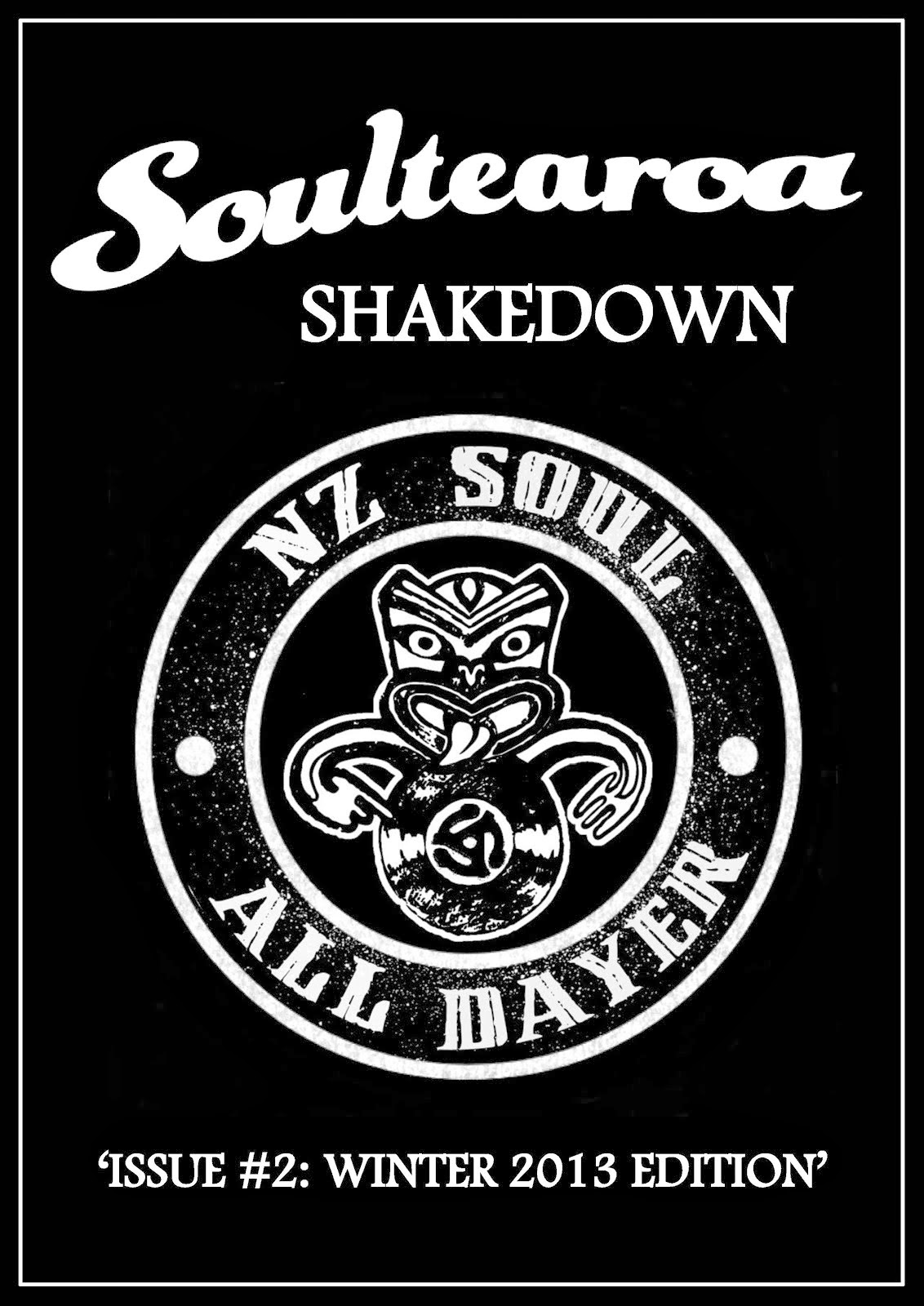 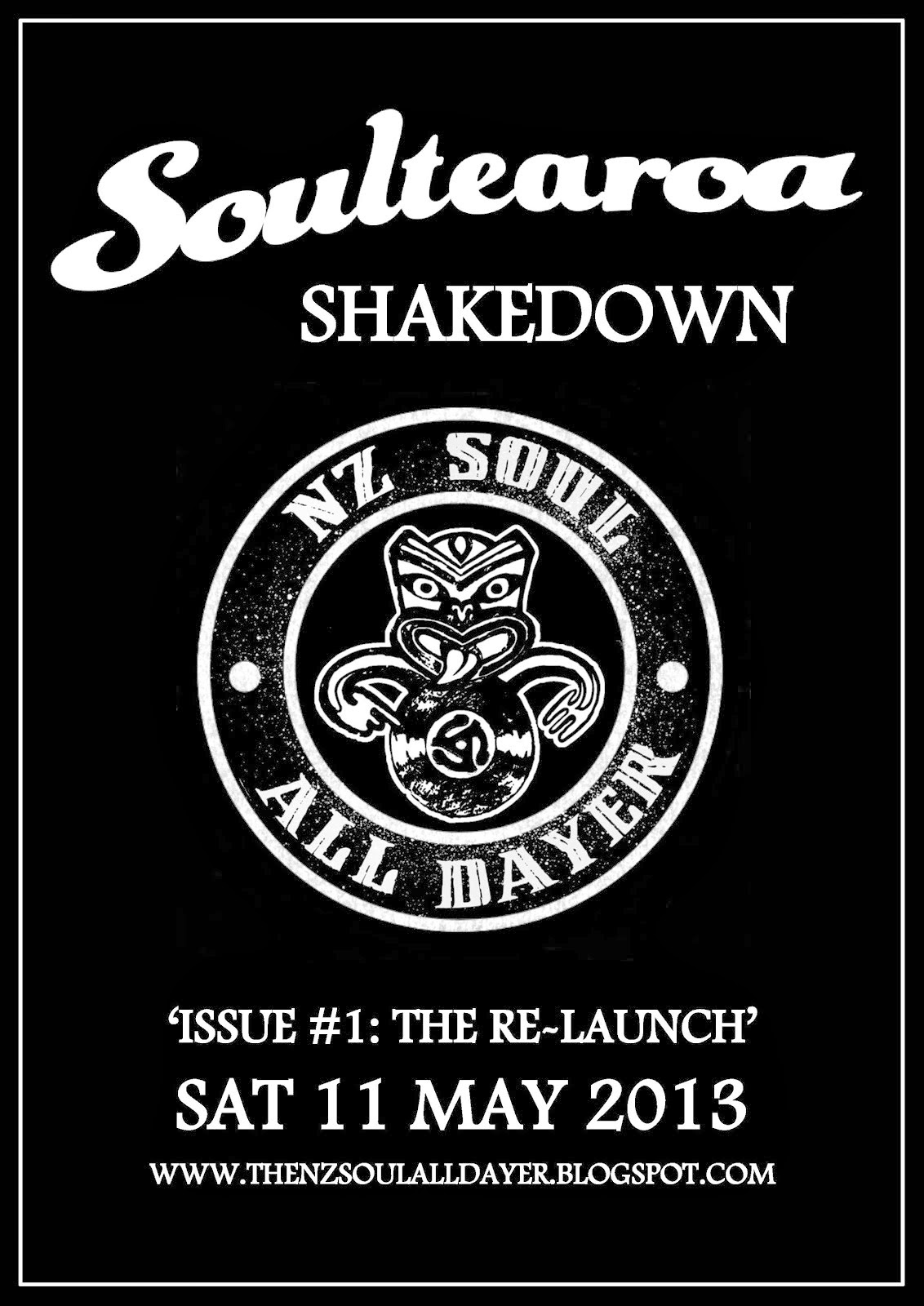 These were a short season of weekly showcases of local soul music. 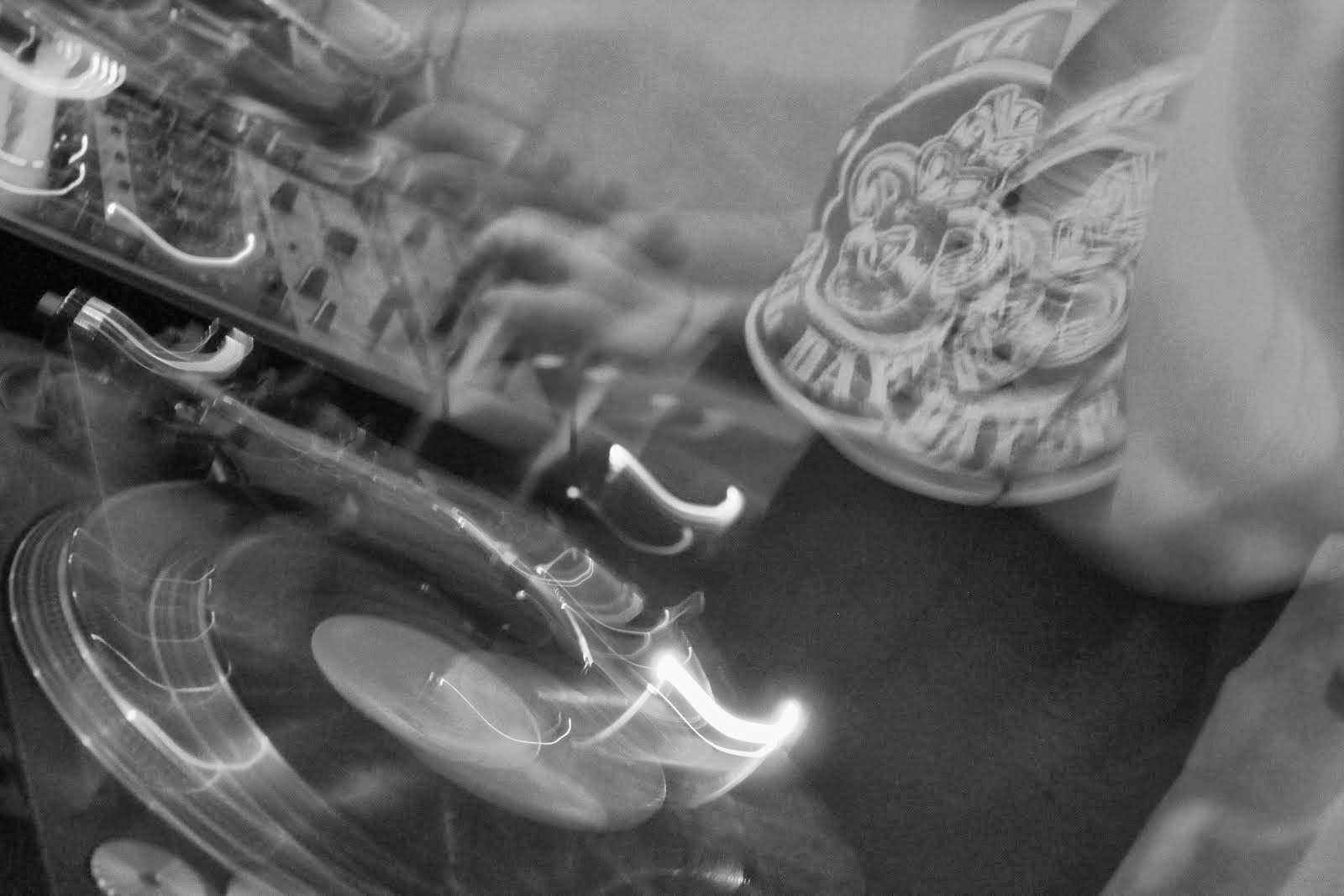 All edits courtesy of Fat Albert

Get in touch with us and share YOUR stories, anecdotes and tall tales relating to Soul Music in NZ, and around the world. 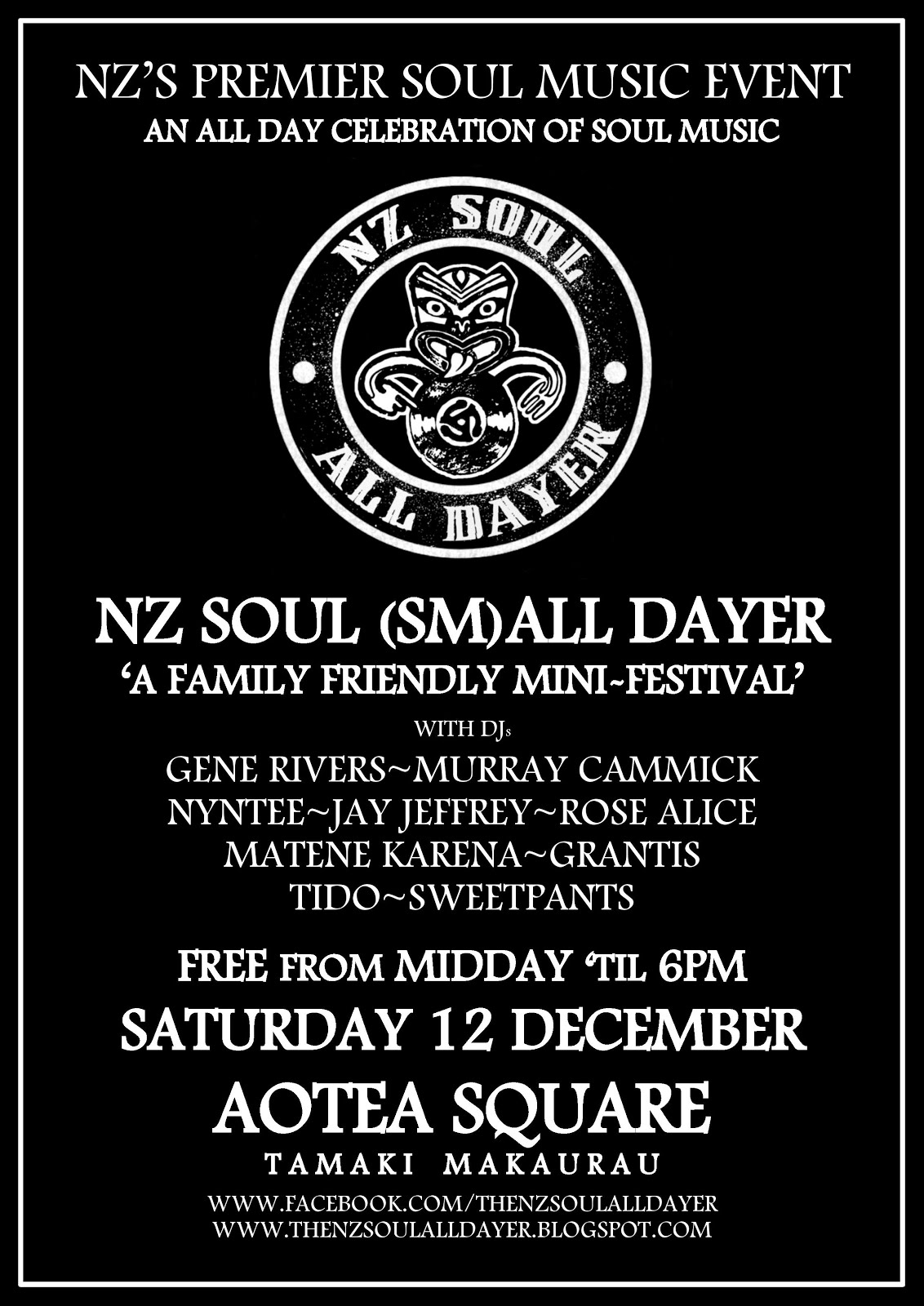 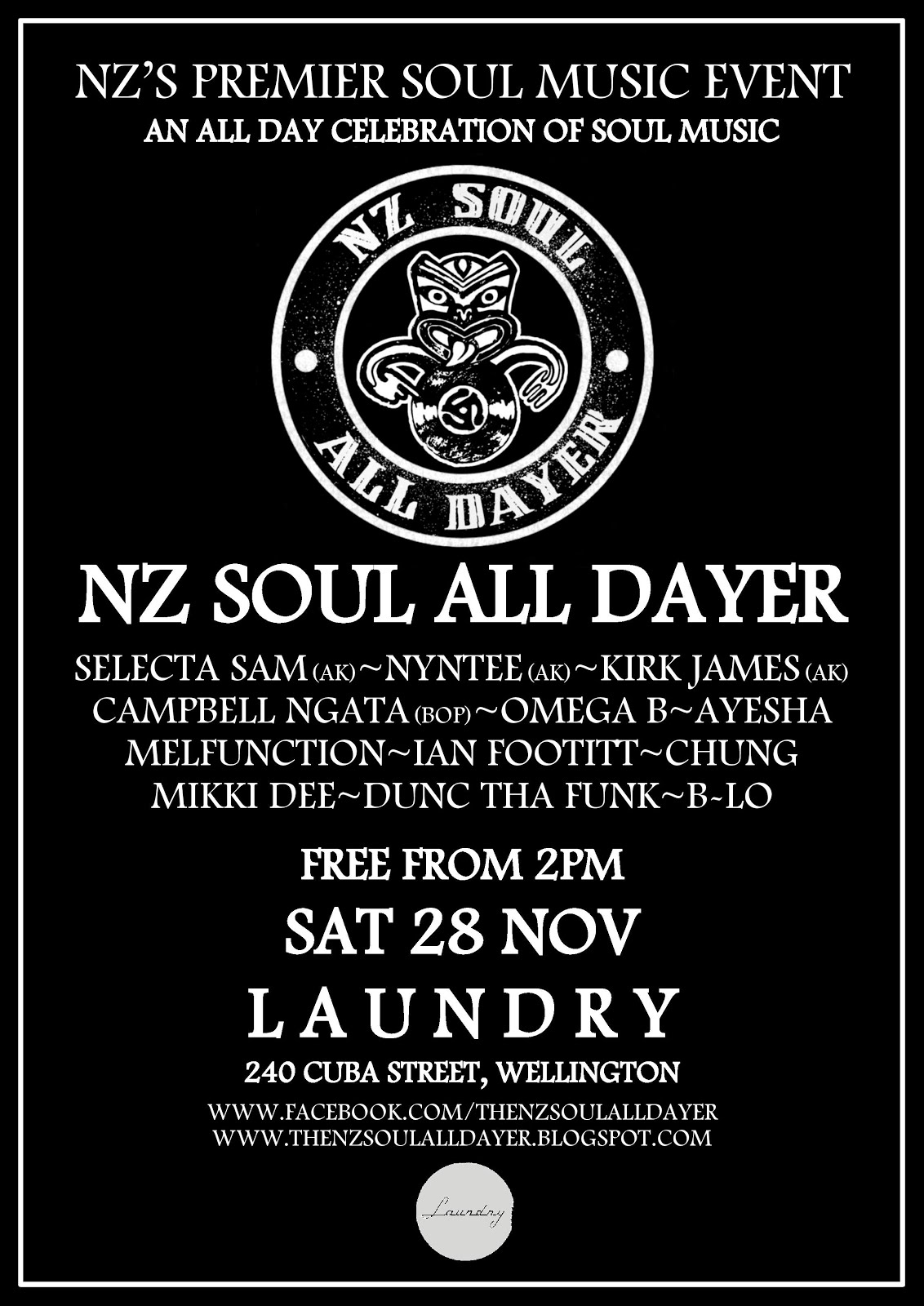 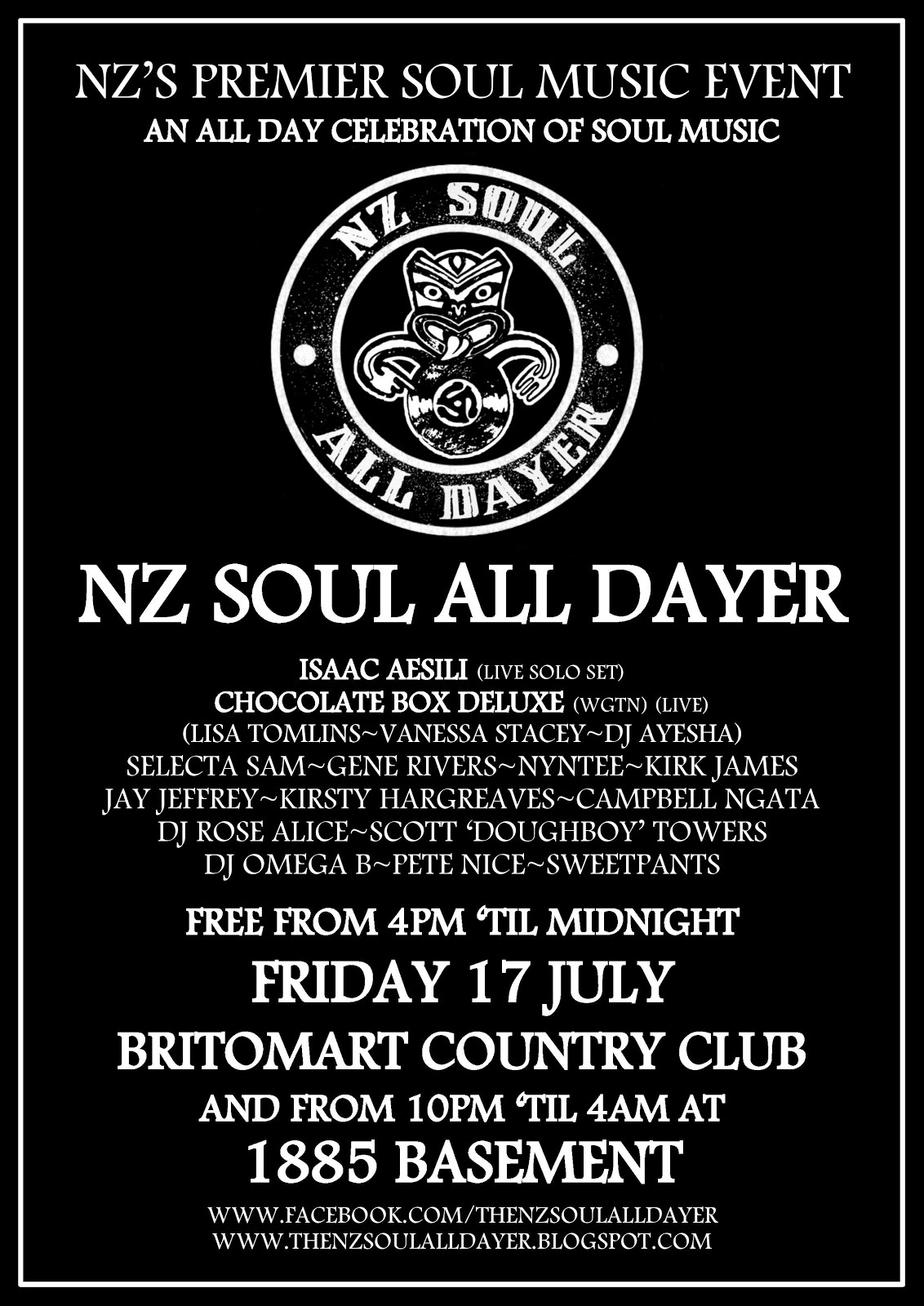 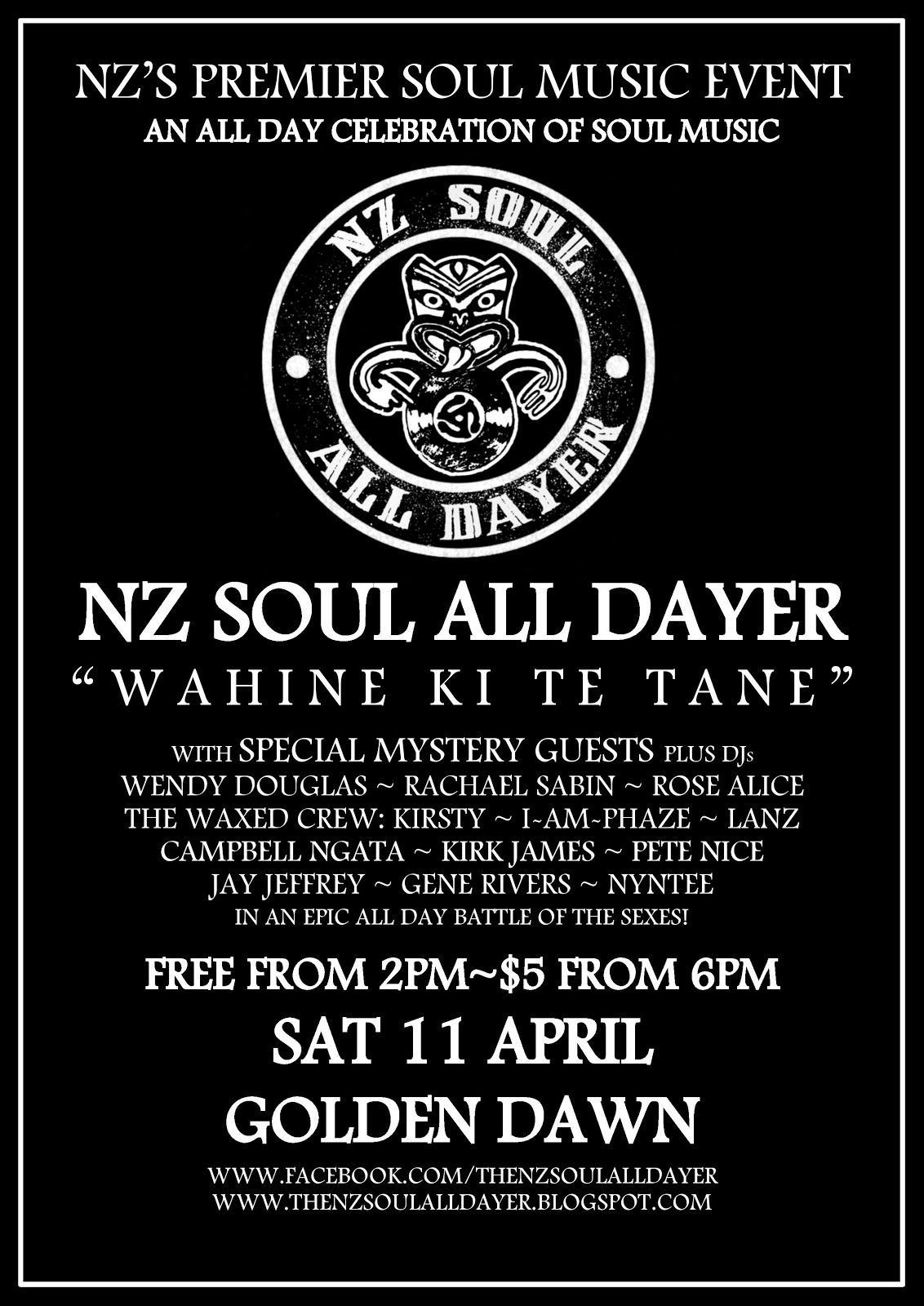 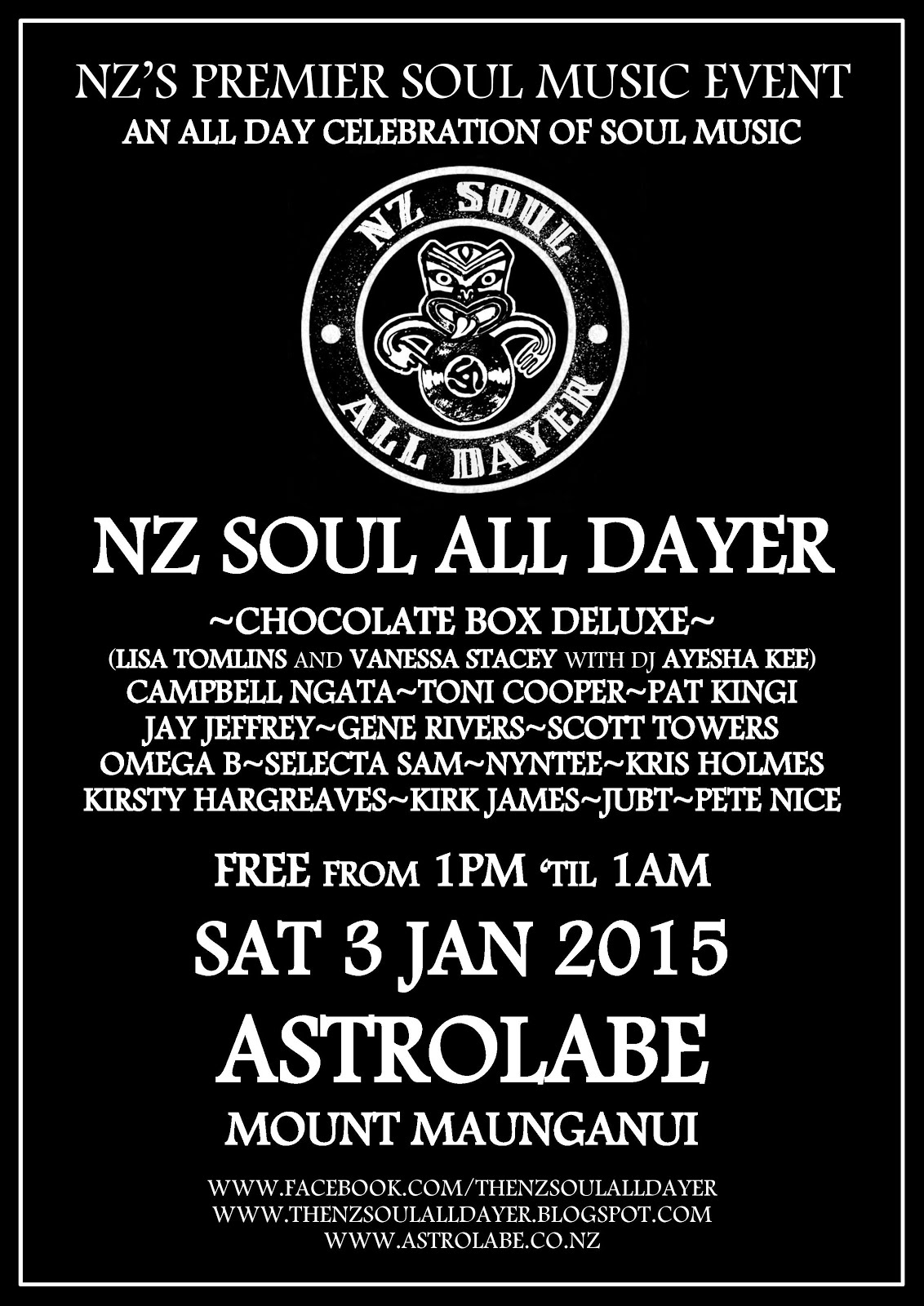 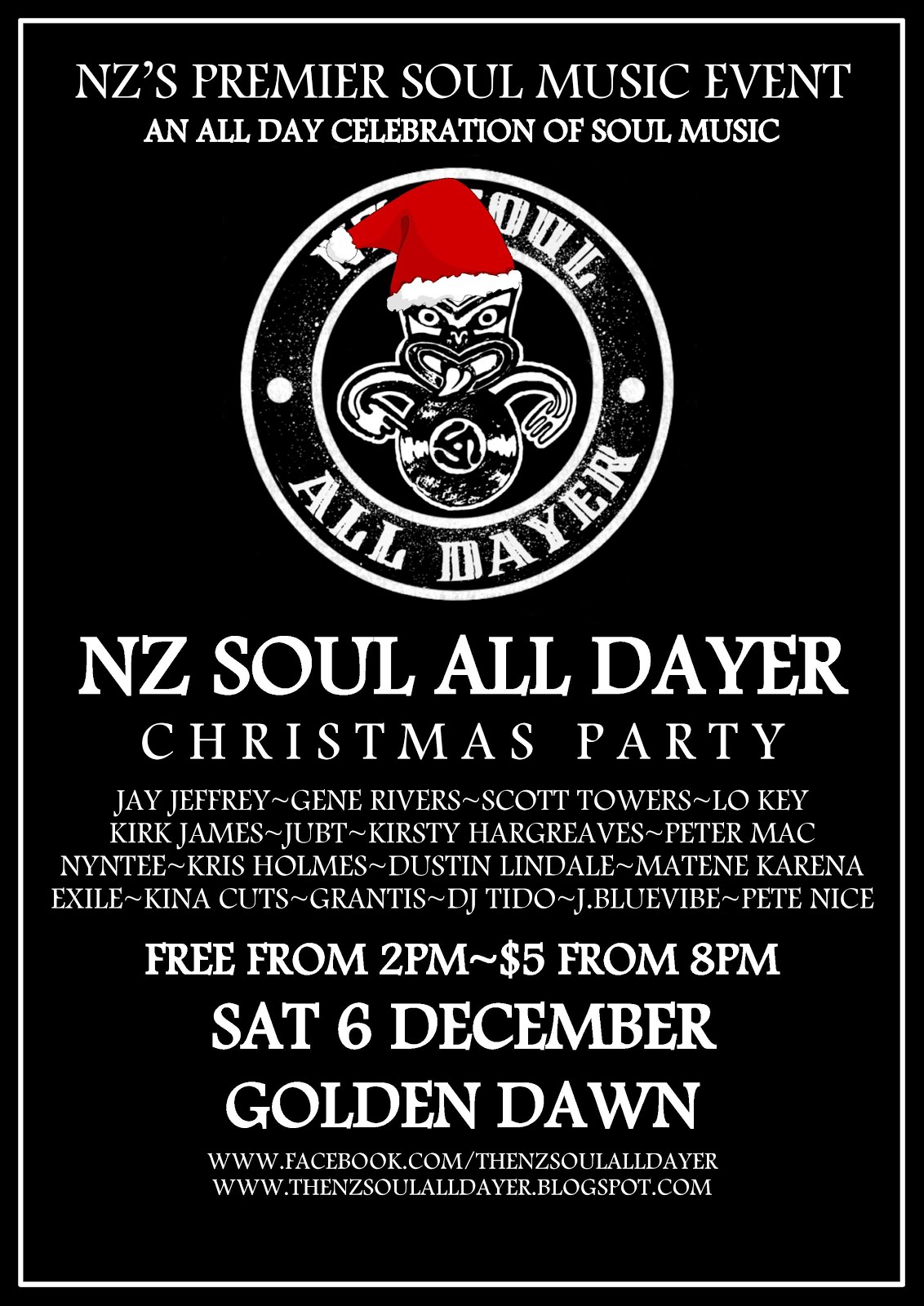 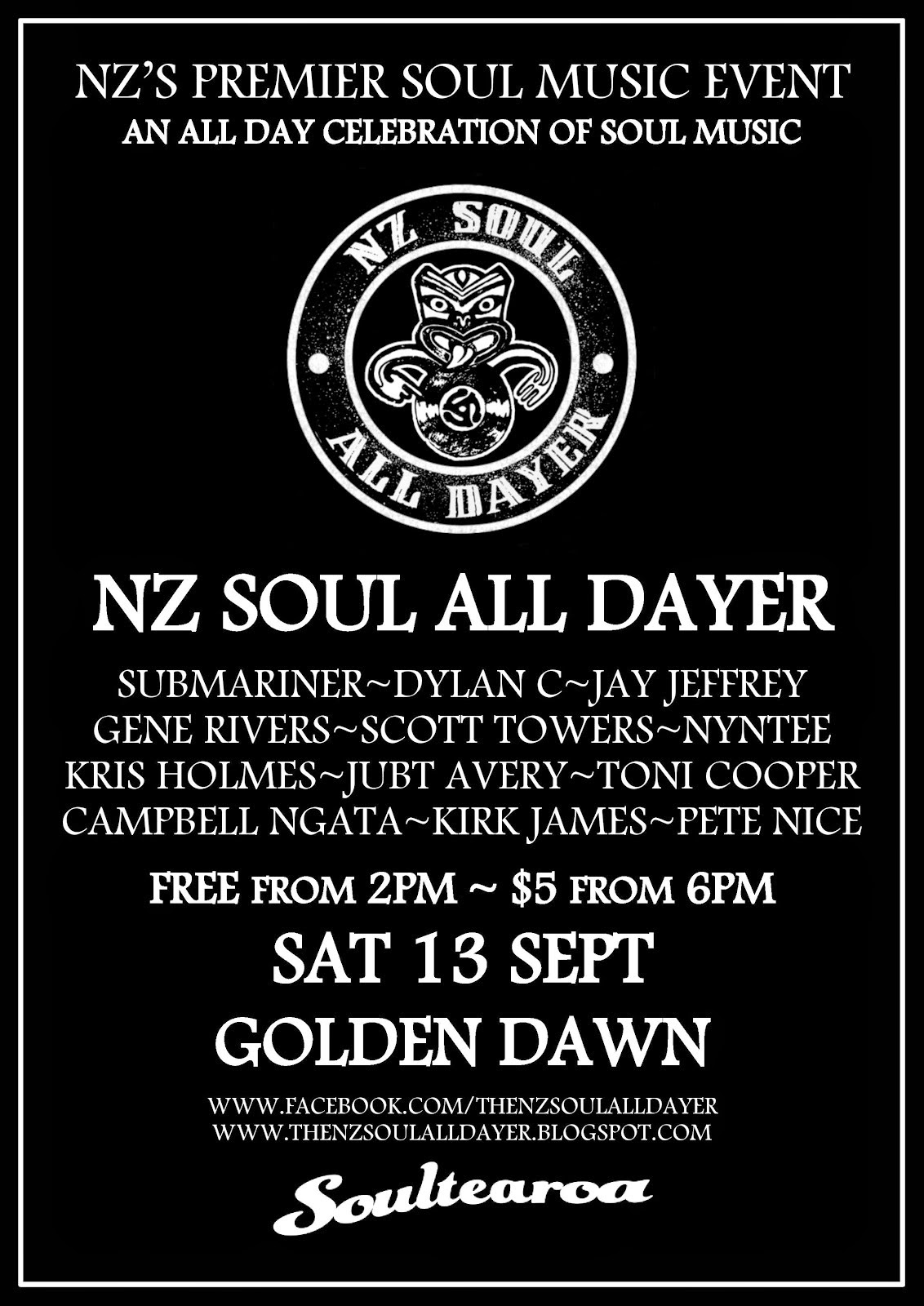 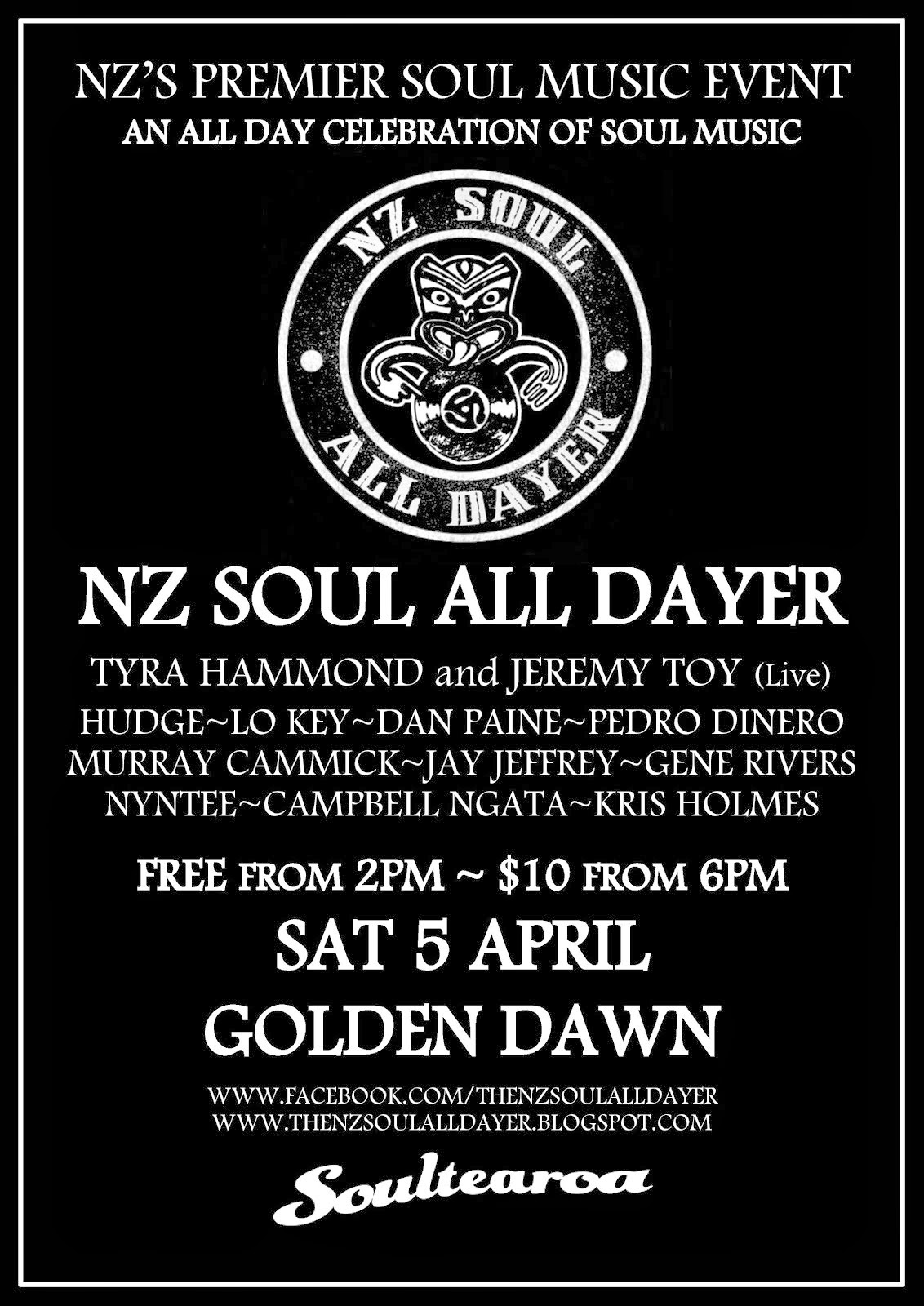 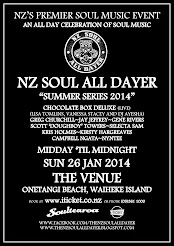 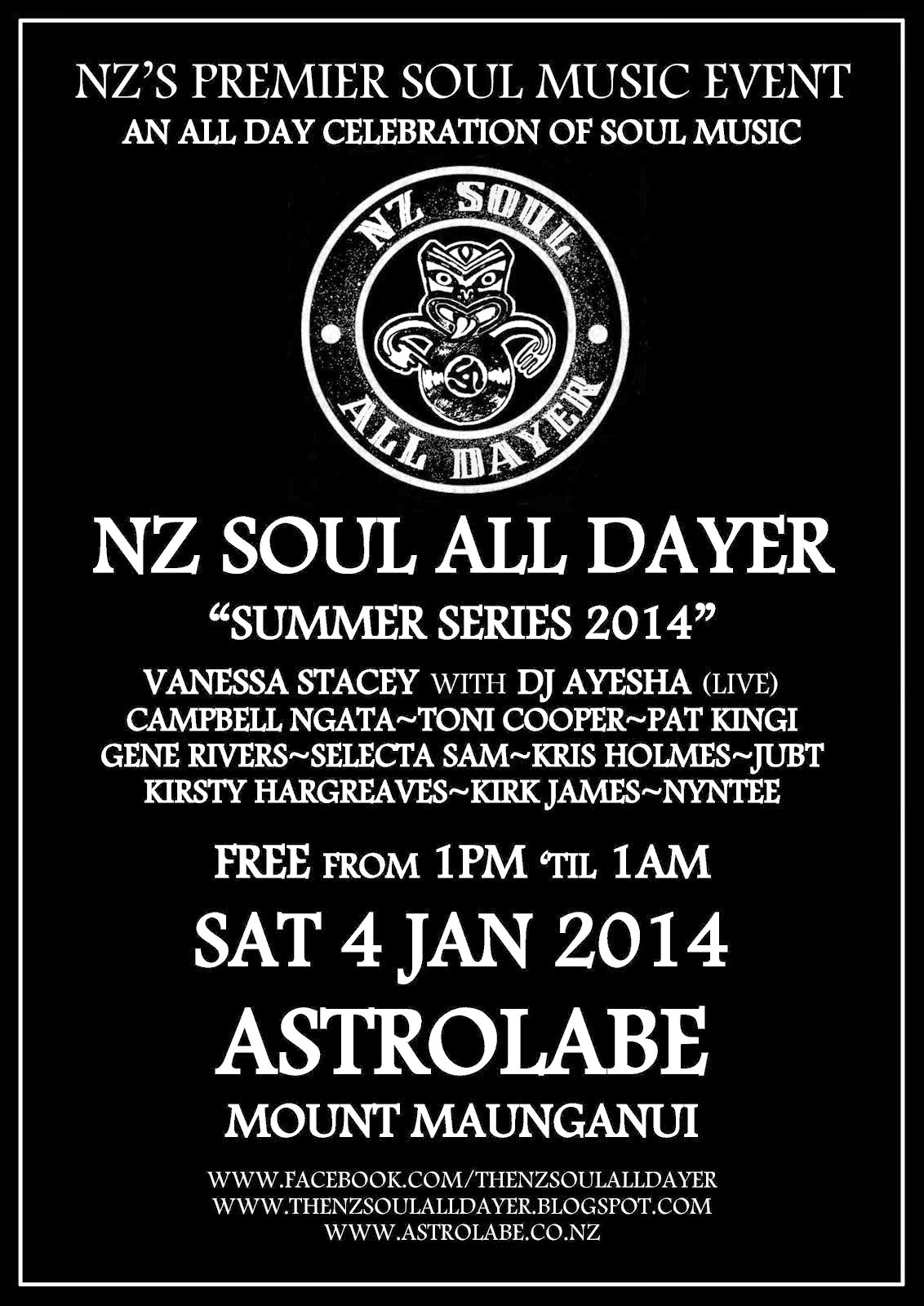 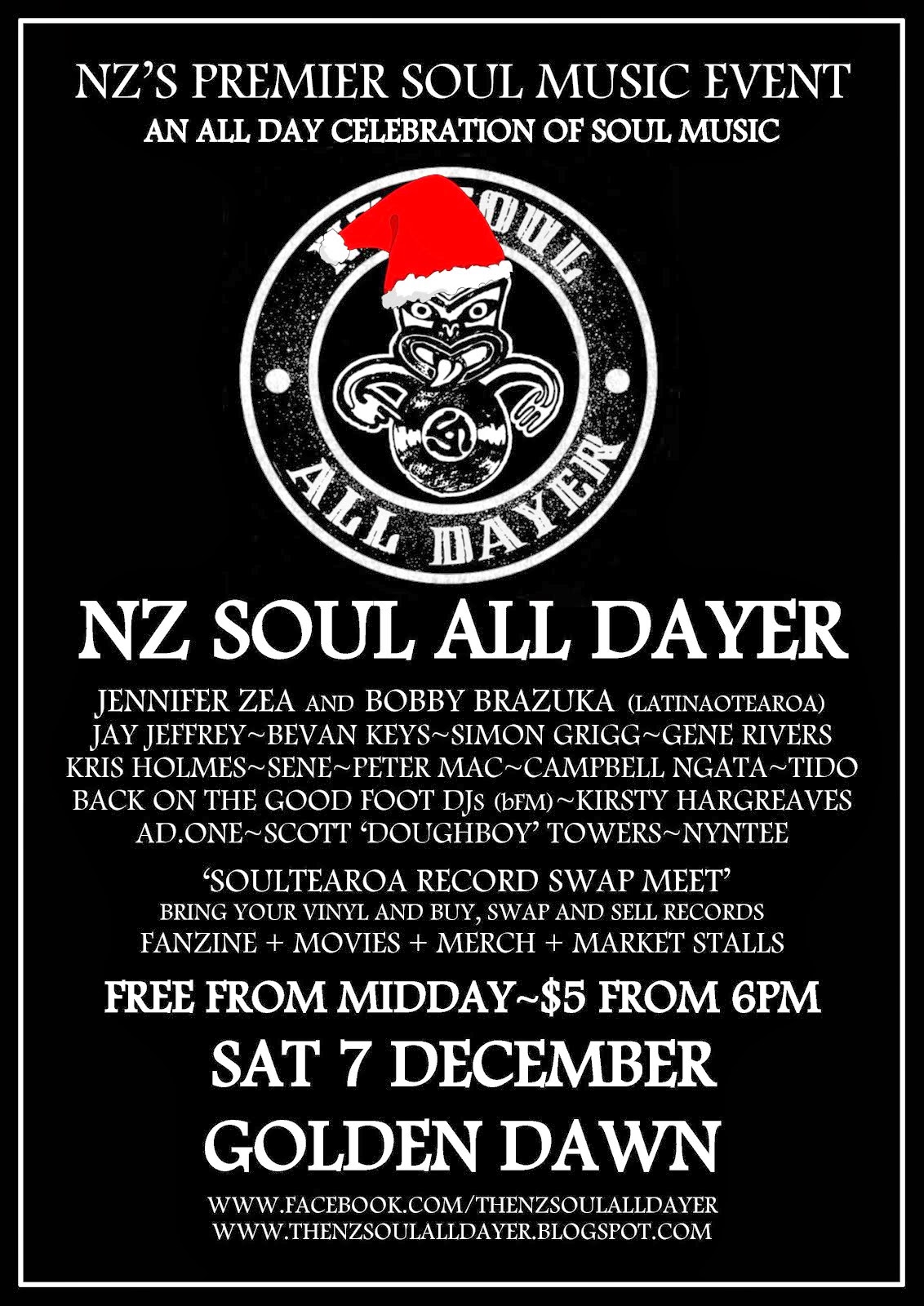 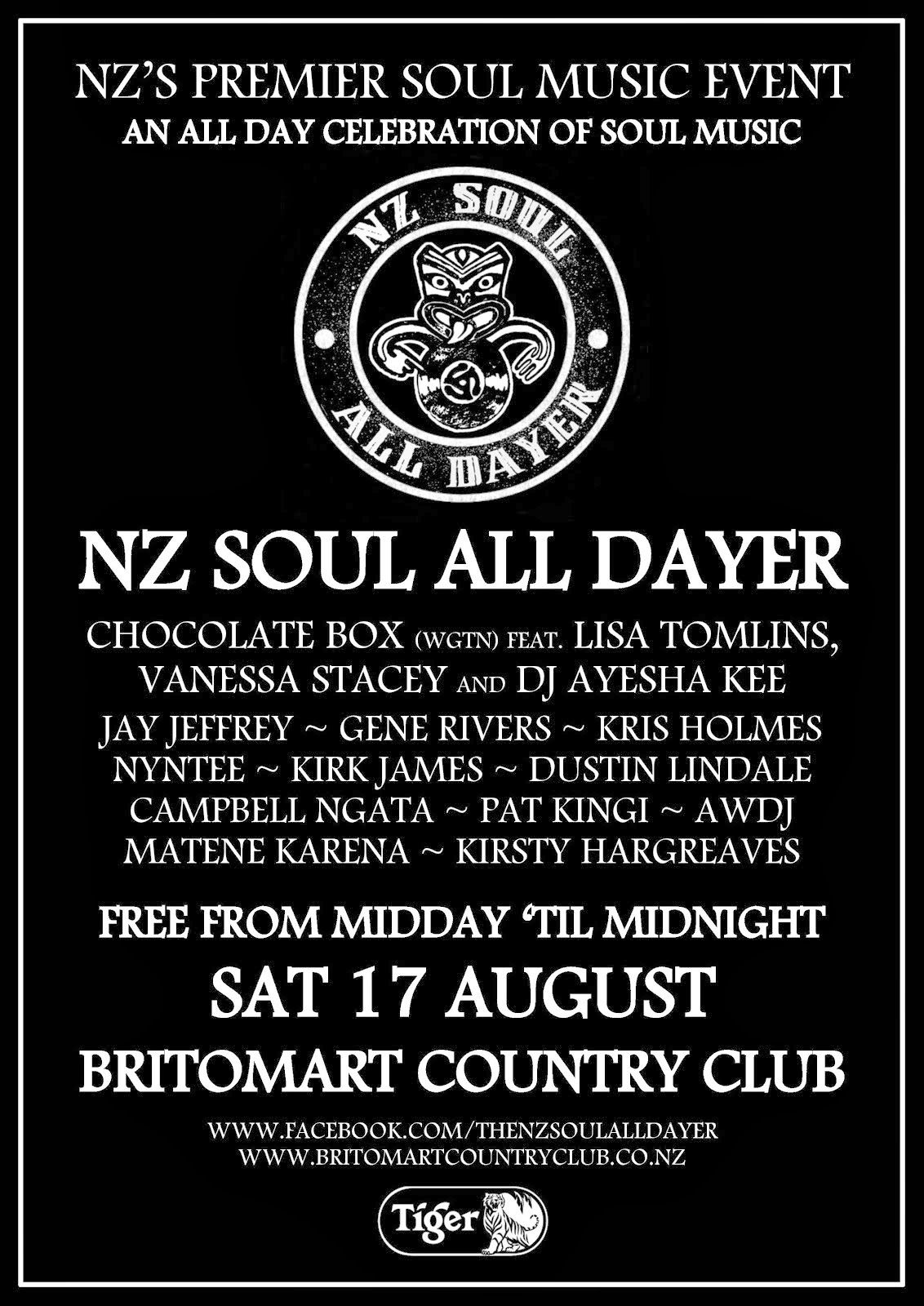 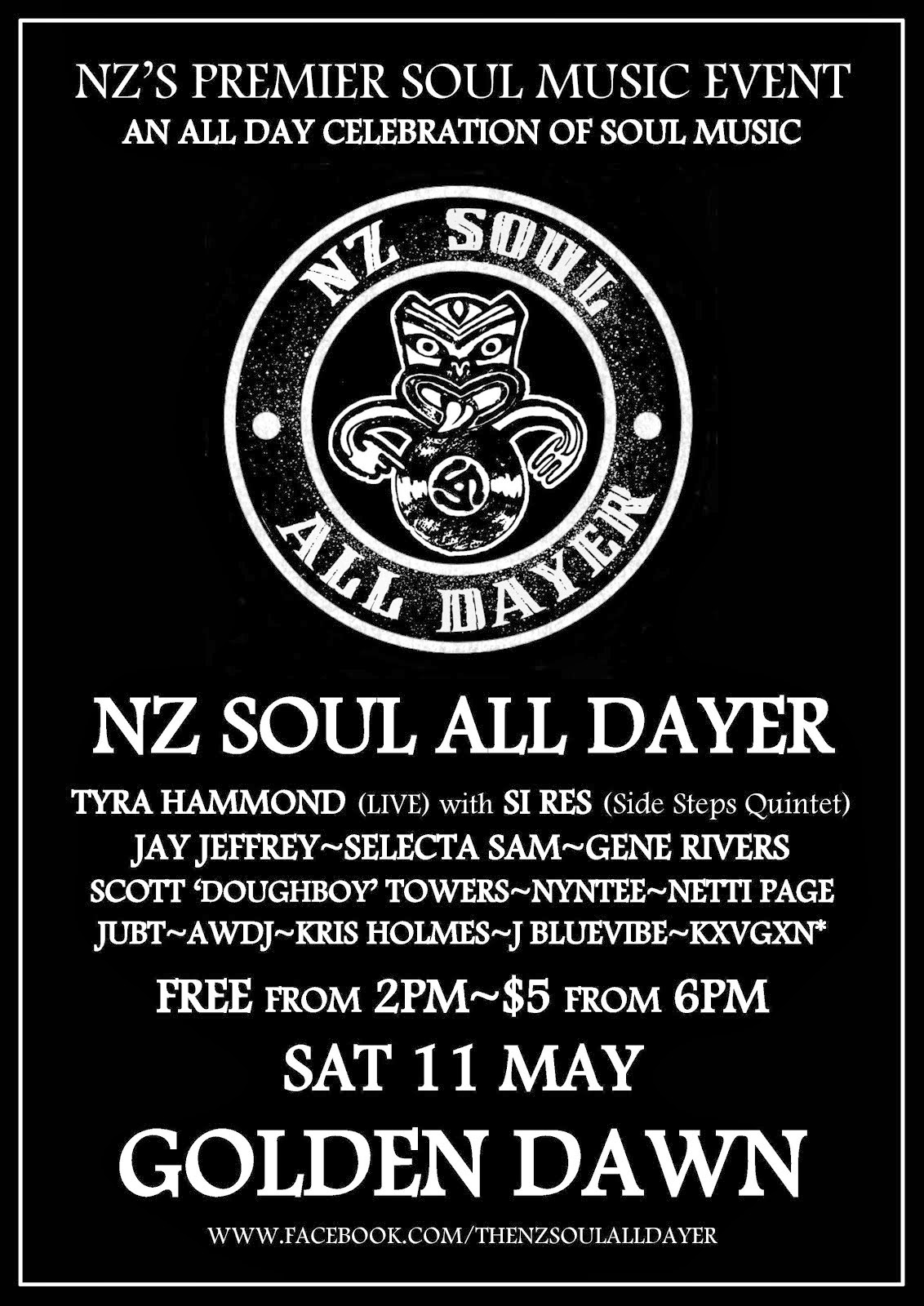 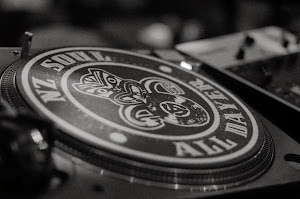